Home | About | News & Press | Carried Interest Is Still Here. What You Should Know About It.

Carried Interest Is Still Here. What You Should Know About It. 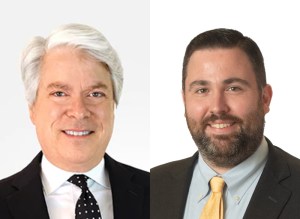 Anchin’s James Lockhart and
Kevin McHale discuss this critical tool that Congress elected not to include in the Inflation Reduction Act of 2022.

The carried interest tax provisions have been politicized for over a decade and are frequently criticized due to a tax loophole that benefits investment managers. The originally proposed Inflation Reduction Act of 2022 (the “bill”) featured substantial changes to the tax law governing carried interest, including lengthening the holding period for long-term capital gain treatment. This and the other changes would have had a major impact on the real estate industry.

What is a carried interest?

Carried interests are the share of profits paid to an investment manager for meeting certain performance benchmarks. In the real estate industry, this is typically referred to as a profits interest or “promote.” A promote is generally paid once the limited partners of a deal receive back their capital plus a preferred return. Depending on the complexity of the deal, a promote can have multiple benchmarks and hurdles to compensate the manager for exemplary performance.

How is it taxed?

Typically, a carried interest is granted in the form of a partnership profits interest in exchange for services (management of the investment). The Internal Revenue Code refers to this type of profit interest as an” Applicable Partnership Interest.” Generally, the granting of a profits interest is a nontaxable event for both the partner and partnership. However, it is important to carefully consider how the operating agreement is drafted to avoid immediate taxation upon receipt of the interest.

When the carried interest is earned and paid, a corresponding allocation of taxable income is made to the manager. This is significant because the items of income allocated to the manager retain the same character as if they were earned by the partnership. For instance, if an entity had taxable interest, dividends, or capital gains, the manager would be allocated their share of these income items based on the management fee earned. This provision has been controversial as many critics of carried interest see this as a mechanism to convert ordinary income for services—taxable at the highest marginal rate—into capital gains, which are taxable at reduced, preferential rates.

What were the proposed changes?

Currently, the three-year holding period does not apply to gain on real property used in a trade or business. The original proposal would have expanded its reach to real property as well as other preferentially taxed items such as qualified dividends. The proposal lengthened the holding period for long-term capital gain treatment from three years to five years for taxpayers with adjusted gross income in excess of $400,000.

However, this extended holding period was somewhat misleading. The holding period would begin on the later of the taxpayer’s acquisition of “substantially all” of their carried interest, or when the partnership acquired “substantially all” of its assets. Many funds are open-ended and constantly entering and exiting investments, in which case the holding period may never technically begin. Further, there was also a provision to tax a carried interest if it was transferred regardless of other code sections that might otherwise treat the transfer as a nontaxable event. Ultimately, the carried interest provisions were dropped from the final version of the bill.

While many breathed a collective sigh of relief when these provisions were dropped, there is a strong likelihood that there will be future attempts to revise the current law concerning carried interest. While it is extremely challenging to plan ahead based on proposed laws, it is important for real estate owners to communicate with their advisors to be prepared for future tax law changes.

Read the original article as published by Commercial Property Executive.